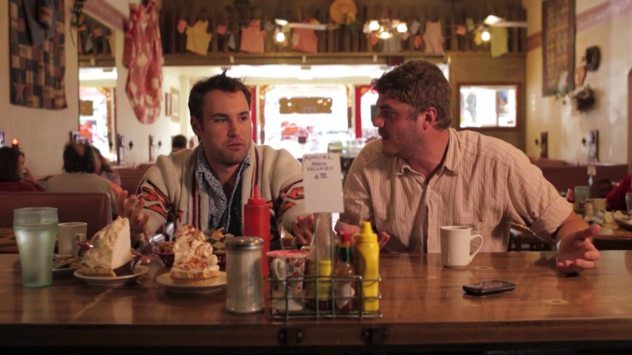 Jim and Dave are brothers. They haven’t spoken in years and don’t like each other very much, but are forced to come together for a week when their dad dies in Kansas City.

This film premiered at Sundance which led to filmmaker, Todd Sklar, turning it into a feature film. Awful Nice premiered at SXSW and is an expansion of the story with the same cast and crew.