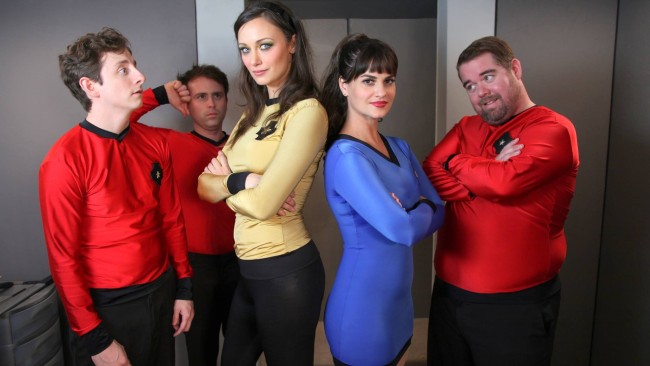 Red Shirts is a sci-fi/comedy comedy series about life, love and, most of all, survival. Unit Zed – natural leader Bostwick, bookworm Garibaldi, ladykiller Monroe and intellectually challenged Barry – signed up for the Interplanetary Space Academy for one reason: to see the universe. Now that they are ready to board the I.S.C. Bichon space cruiser, there’s only one problem: they have the worst and most dangerous job in the galaxy! Space is likely their final frontier and their mission is to survive the odds.